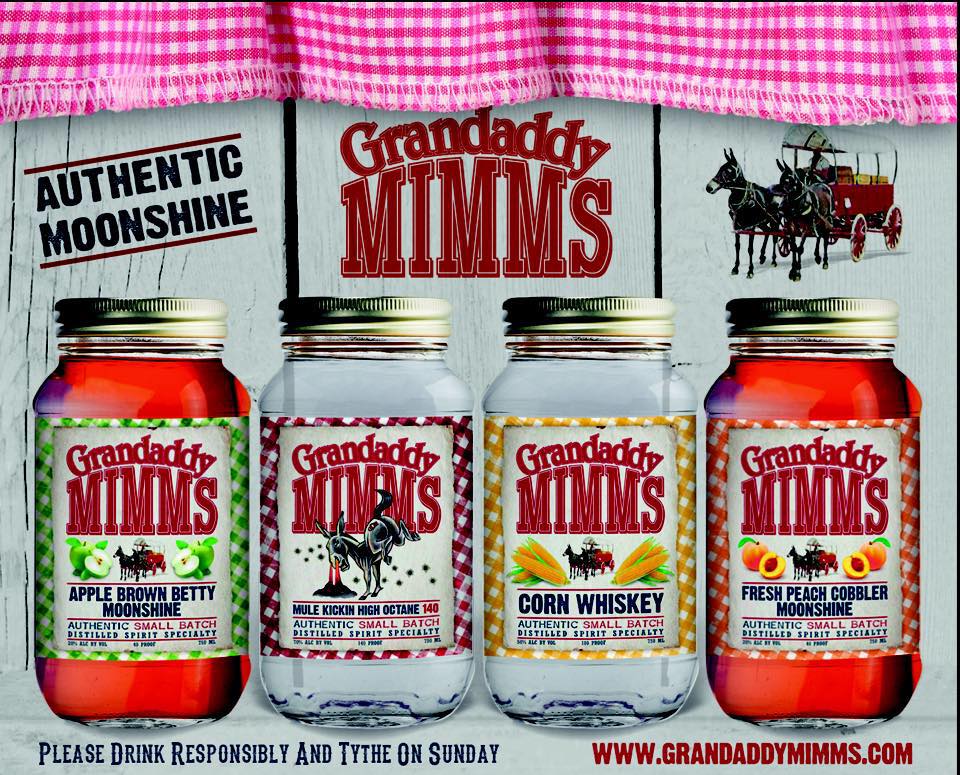 National Moonshine Day is observed annually on the first Thursday in June. Yes, we are posting this in October, and we don’t expect you to remember this date eight months from now. Truth is, you can turn just about any day into a celebration partaking in some good ole mountain white lightning. But where can you get your hands on it? Stay with us for the answer to that question.

For years, visitors to our area would ask their waitresses at diners, gas station attendants, and the guy who gave them the key to their room at the local travel lodge (in a quiet whisper) where they might get their hands on some of the illegal potables these hills were noted to produce. In the ’50s and ’60s, if one of those tourists was lucky enough to land him a ball jar bottle of the mountain hooch, there’s a great possibility it came from the still of American Appalachian moonshiner  Jack “Mimm” McClure.

Everyone knew of Jack in these parts. He was easy to spot when he came to town. With his big 250 lb frame and always in a Stetson hat, he opened doors for the ladies, spoke kindly to children and was noted for his philanthropic generosity of spirit. Still, he made his fortune selling illegal spirits. He had a reputation for influencing the election of many politicians in the local and state seats. He also had his own ideas when justice should be served. The late Georgia Governor and McClure’s fellow Towns County native Zell Miller wrote of Jack, “He was loved, hated, respected, and feared, depending upon the experience one had had with him.”

McClure was dubbed “Grandaddy Mimm” by his grandchildren and that became his moniker amongst the folks in the mountains. He succumbed to pancreatic cancer in 1969. With his passing, so did an era of illegal bootlegging. But this is just where our story gets more interesting.

One of Jack’s grandkids, Tommy Townsend was a “gitar” player who as a youngin’ fell in love with the music of Waylon Jennings. Now Jennings could easily be to country music what Tommy’s Grandaddy Mimm was to moonshine. They were both outlaws with class, who had a presence that no one could quite forget. Townsend’s parents got him behind stage to meet Jennings many years ago. Waylon took a liking to the boy and brought him into the Jennings family fold.  Waylon was Tommy’s mentor but it was Waylon’s son Shooter Jennings who became Tommy’s friend. Since 2008 Townsend and 4 other former members of the Jennings band have been entertaining fans as the Waymore’s Outlaws. In 2014 they began opening for Shooter Jennings and then backing him as his set in concerts all over the country. This year Tommy released his solo debut album “Turn Back the Clock”. Shooter Jennings produced the project.

Tommy never forgot his North Georgia roots nor his Grandaddy Mimm. He also held the family secret recipe to Grandaddy’s famous moonshine as well as the schematics to the still his Grandaddy designed many years before. In 2012, Townsend announced his plans to recreate his Grandaddy’s legacy, only this time, it would be within the law.

Today, you can tour the Grandaddy Mimm’s Corn Whiskey Distillery located in Blairsville GA, just a thirty-minute drive from Blue Ridge. Tours are given daily, but on Saturday’s you get to meet and chat with the head distiller and get to see the whole “still” in action. Your imagination of the outlaw days of moonshine starts to unfurl as soon as you drive up to the building that houses the museum and distillery. Inside you’ll find so many eclectic relics from those days as well as an enormous, interesting array of music memorabilia and instruments collected by Townsend over the years.

Taste tasting this hooch is also encouraged. The choices are tough to make. Just four ingredients, corn, sugar, yeast, and water produce all of the moonshines, including the Mule Kickin 140 proof. The 96 proof  Peach is their biggest seller. It’s hard to find a naturally flavored high octane whiskey, and it makes for some very interesting mixed drink recipes. There are also Apple, Cherry and Blueberry options, all using natural extracts. Plan on taking a jar or three home for great souvenir memories. The gift shop also has an abundant selection of shirts, hats and other mementos to bring back home.

When you mosey up to the bar, take note of its fine detail and its rich wood design. If you are a cult fan of the movie  “Coyote Ugly”, this is the very bar that LeeAnn Rhimes ascends to join leading ladies Piper Perabo, Maria Bello, and Bridget Moynahan to dance while she sings “Can’t Fight the Moonlight”.

The Distillery is located on your way to many of this region’s most visited autumn viewing spots and waterfalls, including Brasstown Bald, Vogel State Park, Richard Russell National Scenic Byway, and the Byron Herbert Reece Farm and Heritage Center.  The distillery is open  Monday through Saturday from 11am to 6pm.

Grandaddy Mimm’s legacy lives on through the distillery and his grandson’s music. When you view Townsend’s recently released music video for his song “Drinkin”, look closely at the ball jars on the bar. You might just recognize some of that high octane corn “licker” that made Jack McClure a North Georgia legend.